Throughout it's history, this guild has had it's distinctive ups and downs. We've gone from being the very best at what we do - to total oblivion in a matter of weeks. This is the proud, but heartbreaking story of Bloodpact.

The first incarnation of Bloodpact was for ages and ages the 2nd best guild on the Paltroth server on gPotato's Corum Online. The guild was formed in anticipation of Corum Online in october 2004, and in-game From february 2005 to early 2007, the guild battled and toiled to wrest the banner from the mighty "Elite" guild.

Led by the highest level player on the server, the Elite guild was winning every siege battle. Bloodpact were slowly growing to new heights as the population's discontent with the monopoly on guardian production the Elite guild had over a long period of time. We worked tirelessly. However, due to the nature of guardians, Elite were gaining even more momentum due to their ablility-boosting effects and grinding assistance. Even in the face of this imbalance, the core of Bloodpact's members refused to affiliate with the guild who battled for every single siege dungeon out of over 60, even though they didn't need to.

In summer 2006, the highest level Arcus on the server, Shinovah quit playing the game. The character was passed on to Neez, the leader of Bloodpact at the time. One of the senior members was entrusted with using this character to aid in the battle vs. Elite, me. I left my sorceress character to level and build a pure PvP Arcus, just the tool we needed to tip the scales in our favour.

It wouldn't take long until Bloodpact were winning a few siege battles and producing some basic guardian parts. In fact, the first siege battle won after a dry spell of over a year was by a killing blow by my new character with only few seconds left on the siege timer!

Bloodpact was largely unsuccessful in making it's first guardian for quite some time. The frustration was at it's peak in early 2007 when suddenly Neez, the leader, managed to forge a Rook guardian. It was pure magic.

A surge of newfound enthusiasm built within Bloodpact, and the opposite could be found among Elite.

Within a month, Bloodpact's members were wearing the banners denoting them as #1 guild on the server, even though it was a short lived affair, only lasting for a few weeks.

This was the time when the game 2moons was airing it's sneak peeks, and was set to launch shortly. Some of the senior members and many new ones were keen to try the game at launch, and although some did not like losing many members to another game, it couldn't be avoided.

Standing at the pinnacle of Bloodpact's gaming feats, the success in 2moons was owed in no small way to the leaders and their way of thinking that was unique among guilds in the game.

2moons is an inherently dangerous game. PvP is largely a free-for-all at early levels, in areas where quests are found. Giving members safety proved to be alpha and omega to becoming the biggest, most active guild shortly after launch.

But Bloodpact spared no expense in helping their members if they had problems, and key members would always drop whatever they were doing to come to the aid of their fellows.

In no time at all, Bloodpact had more active members than the only two guilds above us on the ranking at the time combined. We were rightly feared for our active protection of even our low-level members, allowing each and every one of us to get stronger. Noone in their right mind picked a fight with Bloodpact. 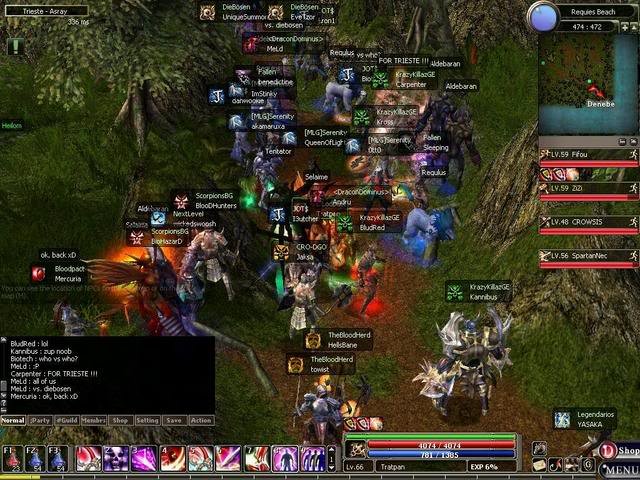 The status gained shortly after 2moons launched made way for a truly unique opportunity to become untoucheable. Bloodpact opened up for other guilds to sign the Blood pact. An alliance that would dwarf everything the game had to offer. At the time, 2moons was the most populated free-2-play MMO in the world, and at it's height, no less than 7 guilds and 500 players were under the alliance terms.

This feat stands above anything else achieved in this game, and we owe it to ourselves to keep such a tradition alive.

Bloodpact was often called out by other guilds. Elitist guilds with higher level players that were envious of the position we were in. Huge mass PvP carnages ensued, and Bloodpact and her allies were never ever on the losing side.

The sheer numbers on our side could not be defeated, and through the tears of smaller more hardcore guilds, even there we were recruiting. Soon higher level players joined guilds in the family.

Through other topics in this forum, you might have stumbled across this part of the story; the part where I fall flat on my face and the guild slowly breaks up.

In September 2007, I have an accident. I faint in the middle of a street and land on my jaw. It breaks in 3 places, and I lose most, almost all of my teeth. I get a concussion, but in truth the weight of my 193 cm of height landing full on my head should have killed me.

I am sent to the hospital.

There I lie for 1 and a half month, while undergoing extensive surgery. I get to my mother's where I will be spending a month, but before that, I get a little time to access a computer to check up on the guild.

It's falling apart. I had no backup plan for something like this to happen, and I see many of the core members are still straining and toiling to keep the guild together. These people are some of the greatest people I have met.

I dropped under the radar for one and a half month, and they are still there, battling to keep the guild (which I have found were ranked #1 for a short time while I was away, then #2 thereafter) and it's members together, without the ability to kick people or perform many of the guild's basic functions.

I manage to make a brief statement, and don't remember all to clearly whether I could give the guild off to my 2nd in commands.

But I am lucky to have found people of this caliber in the frothing mass of gaming to call my friends, and I am grateful, although in the end it was in vain. Bloodpact had a name, no the name in 2moons, and once more I and hopefully some of my friends will try to gain that same reputation in Allods online...

In closed beta the guild recruited heavily. Filtering over one thousand applications down to about a hundred new members and trials saw our ventrilo almost explode on day 1 of open beta. 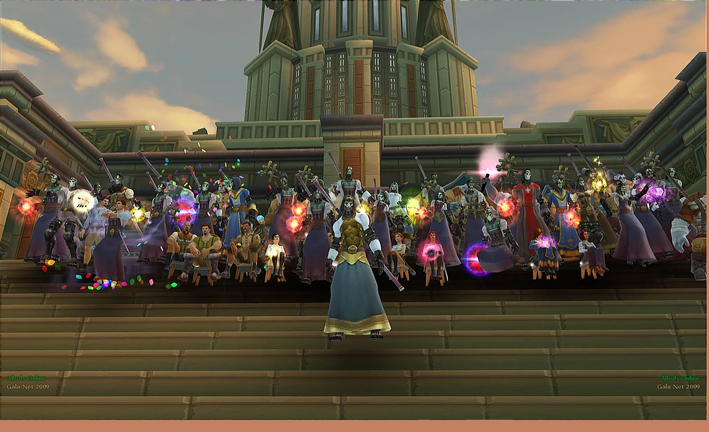 We always said we'd be exploding out the gate and we did. After a ventrilo upgrade we started working on our long term goals, levelling quickly while destroying our enemies on the way.

Quickly approaching endgame we had one other major guild on our faction's side, Primal Instinct, who were after the same accomplishments we were.

In the opposing faction were two notable guilds - Arrogance and Vindica. The first a PvP oriented guild, and the latter a less serious but decently sized PvP/PvE guild.

When the proper amount was raised, Bloodpact made what has later been confirmed to be open beta's (NA/EU) first 1,000 gold payment for an Astral Ship. Unfortunately, the person (Artavek aka. Abectz) entrusted with this money later stabbed us in the back and left. Due to his new all-time low reputation, no guild wanted him, and he quit the game.

Arrogance later went on to finish the building of the first ship, with the owner of 'ours' not doing the time reduction daily quests having quit.

Arrogance lived up to their name. Forum trolls and zerg squad extraordinare, they proved to be a competent match for Bloodpact. Many battles shifted back and forth between the two.

One day, Arrogance tried raiding our faction's capitol city. Several guilds had showed up to defend Nezebgrad, and noone in greater force than Bloodpact.

Arrogance, after landing on the docks, could not inch forward. Eventually, they were pushed out in what was a huge fight, and the defending raid dispersed. Having been beaten down in such a convincing manner, noone expected them to come back. With noone to defend, they sure got in easy, but that's a whole different story.

The day after, Bloodpact started looking at ways to get into the opposing faction's capitol. This was not easy. Novograd was 4 times as heavily defended with NPC's as Nezebgrad, and on top of that, theirs worked, ours didn't.

We looked at different angles for a few days, and when we finally found it, we struck. With more defense, and more players defending, our 32 members got all the way in to their city and camped it for 2 hours.

It was also in this period Bloodpact got empire's first kill on Nogrom and founded the 'Bloodpact Alts' guild that was supposed to take overflow members under lvl 35.

A few days later, Arrogance announced their /ragequit, somehow under the premise that "Bloodpact wasn't competition". And here we've been beating them down every time they came at us. Kids these days.

Later it was uncovered that half the Arrogance guild had been banned for exploiting, hacking and account sharing, just like in their previous game, Soul of the Ultimate Nation. Not only were they a non-factor while they played the game, they had to cheat! Bad to the extreme.

Other than all of the above, there is not much to say. We dominated the game until the day we left. We had fun, and a lot of great moments.

We left Allods because of bad company practices and the game turning into a Pay2Win game. A great loss to the MMO world.

Bloodpact has since decided to play Pay 2 Play games, starting with Rift: Planes of Telara.

Recruiting stellar raiders AND PvP'ers. If you either a) won't do PvE raids or b) won't do PvP raids, this guild isn't for you. PvE will be the main focus for quite a few months after reaching cap with our players though.


-Be the first to raid the opposing faction's capitol successfully worldwide, if available
-Be the most active guild on our server
-Be feared in PvP

Bloodpact is recruiting the cream of the crop.