Lastlight is a village in Terminus, near the doors of the Life Factory. It is one of the last settlements on Telara, and it's people have witnessed the destruction of their entire world.

After the fall of the Guardians, the remaining infrastructures of the former Empire of Mathosia crumbled. Refugees fled from one haven to the next until there were none left to turn to. Gangs of marauders formed alongside the rift invaders to take advantage of the chaos, and soon only the strong and the lucky remained.

Some survived by banding together. One such group of survivors founded the hamlet of Lastlight. They settled in the shelled buildings of a former settlement, which had lost its former name when the last of its inhabitants were slain. When we Defiant researchers at the Life Factory opened our doors to finally face what had happened to the world, we encountered a small community of half-starved and half-mad individuals clinging to the last of their humanity in the face of annihilation.

At first, they were hostile to us, as they were only acquainted with visitors looking to pillage them, but we won their trust gradually. Their personal accounts of the end of days have motivated us to continue our work no matter what obstacles might stand in our way. 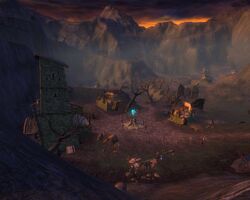 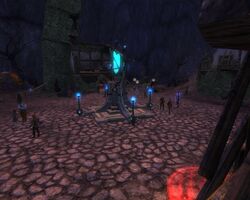 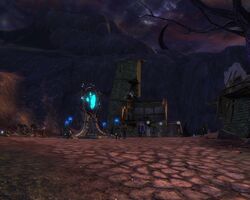